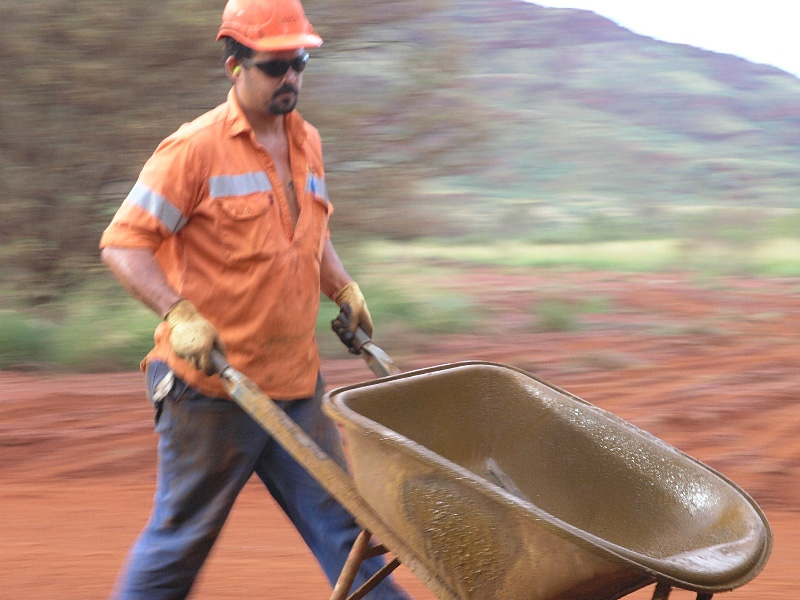 ‘The secret to winning a gun fight? Move slowly, fast.’

This quote has been attributed to Wild West lawman Pat Garret and I’ve used it as a throwaway line in plenty of Strong Spine sessions to make the point that ‘if he didn’t feel like he had to rush, then what excuse have we got?’

I was having a yarn with my best mate from school, Mick, the other day about this. He’s been a plumber all his life and oscillated between sole-trader and having a small team in his business. As a ‘subbie’ attached to the building industry there hasn’t been much time for safety meetings, step-back-5’s or any thing else from the menu of corporate safety culture. The only OH&S initiative that Mick ever mentioned was a safety talk that the Master Plumbers association put on at a pub.

He’d just finished a job and was having a coffee before heading to his next one.

‘You know what?’ He said ‘Ten minutes. All that cost me was ten minutes on a three-hour job’.

‘Taking it easier’ he replied. ‘I deliberately slowed down and focussed more on the detail of what I was doing; just enjoyed my craft a bit more I suppose. I was working so slow that I figured I’d take maybe an hour longer to do the job but it was just ten minutes.’  The bloke who’d barely attended a safety meeting in his life just gave one of the best safety talks I’d ever heard without realizing it.

The habits we talk about in Strong Spine: like breaking up flexion on a job by stopping for a few seconds every ten minutes and doing a ‘reverse’ of the position of the spine to counteract soft tissue creep, or taking an extra few minutes to walk around and do a few stretches when you arrive on site before unloading a vehicle, or stopping and changing position instead of over-reaching on a job – these things all take less than ten minutes too. The problem is when you are trying to get the job done, 10 minutes can feel like an age. Time, in our perception, is a bit elastic that way.

The road safety gurus say the same thing. Listen to someone like Alex Jerrin and he’ll say that, once you’ve picked your route and started driving, you’ve picked your arrival time. The traffic flow will deliver you there in its own time. All the weaving in and out, running orange lights and sitting a few k’s over the speed limit won’t change than by any more than a minute or two. So, settle in, relax, and stop taking risks with your, and other peoples, lives.

When I say that we talk about mindfulness in Strong Spine it can trigger the odd funny look from prospective clients. I think they worry that we are going to have their people chanting ‘OM’ or something. But what Mick said cuts straight to the essence of mindfulness in manual work. It’s about taking a more objective look at how much time you are really saving when you take those little short cuts, those mini-risks that can stack-up and result in suffering.

Smooth ends up being faster in the long run.