My interest in back injury prevention began at age 19 years when I seriously injured my lower back while working on a balance-tank valve in a swimming complex. Looking back on the incident, with 30 odd years of professional experience, I’ve concluded that the technical cause of my injury was ‘being an idiot’. 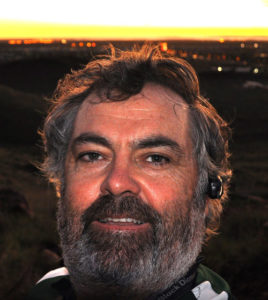 At the time I also concluded that I’d be less of an idiot if I went to university. The motivation to rehabilitate the injury and stop it from ever happening again guided much of my study – the structure and function of the spine was my major area of interest through a bachelors and master’s degree in Human Movement at the University of Western Australia.

After a stint in the WA Fire Brigade in 1986; the light bulb moment came while working as a rehabilitation counsellor for SECWA in the late 1980’s and early 1990’s. Seeing the same people come back time and time again with recurring injuries, I reasoned that there were a lot of other idiots out there who needed help – there was a need for a teaching system that could be used in injury prevention and rehabilitation that would create lasting change in people’s habits.

The Strong Spine system began in 1993 and in the last 24 years : Oil rig workers, miners, farmers, drillers, customs officers, policemen, nurses, soldiers, grave-diggers, plumbers, mechanical fitters, electricians, carpenters, diesel fitters, chefs, fishermen and divers are but a few of the hundreds of thousands of people who have benefited from the training across Australia, New Zealand and India.

I’ve also learned to apply my knowledge of spinal biomechanics to my favourite sport – Disc Golf. I’ve twice been Australian Masters Tour champion and was selected in the Australian team in 2016. This proves that anyone can represent their country if they choose a small enough sport.